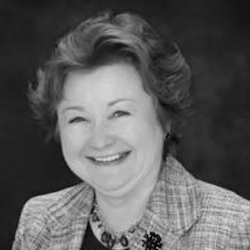 Elsa Saxod is a representative of the City of San Diego on the Board of Directors of the San Diego County Water Authority, where she has served since 2008. She is also a Board Member of the San Diego River Conservancy. Saxod has spent much of her career working to improve U.S.-Mexico relations and the environment along the California-Mexico border. Most recently, she served as the U.S. chair of the Binational Watershed Advisory Council and chaired the International Committee for the San Diego Chamber of Commerce. Saxod also has worked as the governor-appointed director of the Office of California/Mexico Affairs; executive director of the US/Mexico Border Progress Foundation; and chairwoman of the San Diego Association of Governments’ Committee on Binational Regional Opportunities. Born in San Diego, Saxod was raised in Mexico and educated in both countries. She graduated from San Diego State University with a bachelor’s degree in Spanish.