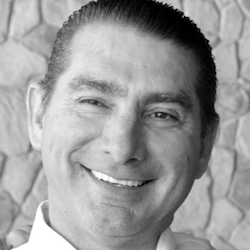 Manuel Valladolid Seamanduras served as Secretary of Agricultural Development for the State of Baja California from 2013 to November 1, 2019. A native from Tijuana, he obtained his degree in public accounting from the Instituto Technológico y de Estudios Superiores—Tec Monterrey. He is a producer of strawberries and tomatoes in Baja California and has been in leadership roles with agricultural organizations as vicepresident of international relations of the National Agricultural Council (2009-2012) and as vicepresident for foreign trade of the National Agricultural Council from 2012 to the president. Valladolid is a long-time associate of Pronatura Noroeste, A.C.