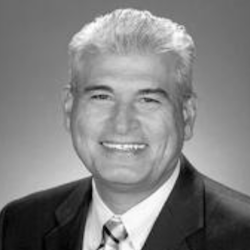 Peter S. Silva is President of Silva-Silva International, a small civil engineering firm in the San Diego area specializing in water resources management. He is a Civil Engineer with over 41 years of professional experience in the water and wastewater fields. He began his career as a staff member of the California Regional Board in San Diego and then was in charge of the San Diego office of the International Boundary and Water Commission (IBWC) from 1983 to 1987. He then worked for the City of San Diego  Water Utilities from 1987 to 1997. In 1994, Mr. Silva was appointed by President Clinton to the Board of the newly created Border Environment Cooperation Commission (BECC) and also served as the Deputy GM of the BECC from 1997 to 2000.  From 2000-2006, Mr. Silva served as the Vice-Chair of the California Water Resources Control Board (SWRCB), being appointed by California Governors Gray Davis and Arnold Schwarzenegger. He then was employed by the Metropolitan Water District from 2006-2009 to provide policy advice on issues (including Mexico) related to the Lower Colorado River Basin.  In 2009, Mr. Silva was appointed by President Obama and confirmed by the US Senate to the post of Assistant Administrator for Water for the U.S. EPA, where he ran the nation's water and wastewater programs.  Since returning to the San Diego area in 2011, Mr. Silva manages his private consulting company, providing policy and technical expertise to a variety of clients in the public and private sectors.