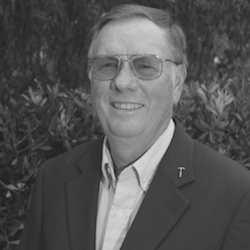 Dr. Wright is Professor Emeritus of Geography and Past Co-Director of the Center for Earth Systems Analysis Research at San Diego State University. Dr. Wright holds a PhD in Geography from the University of Kansas(1967), an M.A. in Geography from Indiana University(1961), and a B.A. in Geology from Indiana University(l960). He is a specialist on geographic information systems (GIS), cartographic visualization, and coastal watershed analysis. He has been a consultant to private industry and public agencies on a variety of mapping and GIS projects. He has been engaged in GIS education and the use of GIS in land use and water quality modeling. He is an expert on the human and technical issues involved in the acquisition and integration of geographic data across the U.S.-Mexico border. He has edited a  volume of a journal on cross-border applications of GIS for solving environmental problems, co-produced a large poster of the Tijuana River Watershed that was distributed widely along the border, supervised the GIS and cartography for the San Diego-Tijuana International Border Area Planning Atlas, and directed the development of the Tijuana River Watershed Atlas, the first of its kind along the U.S.-Mexico border. Since 1987, he has been the PI or Co-Pl of 85 awards, grants, and contracts from federal, state, and local agencies that have resulted in more than 100 research papers and professional presentations on GIS and related topics.

In recognition of his research on the use of GIS for helping to solve environmental problems in the U.S.­ Mexico border region, Dr. Wright has received significant awards from the National Oceanic and Atmospheric Administration, the U.S. National Partnership for Reinventing Government, the Phi Beta Delta International Honor Society, the Phi Kappa Phi Honor Society, the governors of California and Baja California, the County of San Diego, the California Geographic Information Association, and the President of San Diego State University. For his outstanding scholarship and public service he received the James R. Anderson Medal of Honor in Applied Geography for 2001 and the Ronald F. Abler Honors for Distinguished Service from the Association of American Geographers in 2008. In 2003 he was honored as a Clean Water Champion by the County of San Diego. In 2005 he received a San Diego State Alumni Award of Distinction and the Loogootee, Indiana High School Outstanding Alumnus Award for his outstanding scholarship and extensive service to the university and community. One of the SDSU Department of Geography's teaching laboratories has been named the Richard D. Wright Spatial Analysis Laboratory in his honor.