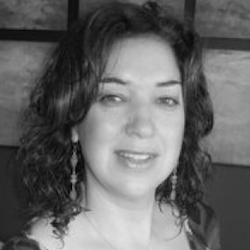 Dr. Tereza Cavazos is a Senior Researcher in the Department of Physical Oceanography of CICESE and is in Mexico’s National System of Researchers. Before joining CICESE, she worked at the Autonomous University of Nuevo León (1983-1993), at the State University of Pennsylvania (1997-1998), at the University of Cape Town in South Africa (1998-1999), and at the University of Arizona (1999-2001), teaching and conducting research on climate variability and change, extreme events, El Niño and the monsoon She has been a member of several national and international committees that investigate monsoon variability and climate change in North America and was part of the technical committee of the State Program of Action against Climate Change of Baja California. Dr. Cavazos is a member of the Scientific Advisory Committee of the Inter-American Institute for Global Change Research (IAI); of the Mexican Academy of Sciences (AMC) and of the editorial committees of the Annual Review of Environment and Resources (2013-2017), Atmosphere (2009-) and International Geophysics (2014-2015). She has a Bachelor's Degree in Physics from the Autonomous University of Nuevo León, a Master's Degree in Meteorology from the University of Wisconsin-Madison and a PhD in Geography from the Pennsylvania State University.